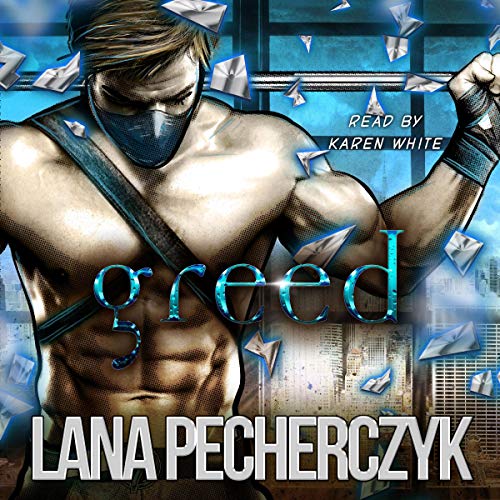 Griffin Lazarus’ restraint is notorious within his heroic family. His mastery over the sin of greed is second to none. What they don’t know, is a shameful secret drives his discipline and one slip could mean fatal consequences for anyone close to him. When he’s forced to work with a beautiful, feisty reporter poking around his personal life, his control swiftly unravels. Everything about her throws his beliefs into chaos. She’s arousing, loud and infuriating, and craving her could be his undoing - or his redemption.

Lilo Likeke, an altruistic reporter for the Cardinal Copy, is hunting the story of a lifetime. Who are the Deadly Seven? If she can nail her unicorn story, she’ll finally prove her apple falls far from her corrupt family tree. But when her mobster father is kidnapped, and she’s drawn into his web of chaos, she soon learns you can’t outrun your past, but you can choose your family. Trusting the man behind the mask might kill her story, but it also might save her heart.

With the Syndicate breathing down their necks, none of it could matter if they don’t live to see another day, and Griffin has no intention of losing the woman he covets, even if that means embracing bedlam…

If you like your superhero movies and TV shows, and your band of warriors and fated mates paranormal romance books, then you'll fall head over heels with the tortured heroes and strong women of The Deadly Seven. Each book in the series features a separate romance with hea, and an overarching plot.

Warning: You won't be able to stop once you start reading this paranormal/sci-fi romance series for adults.