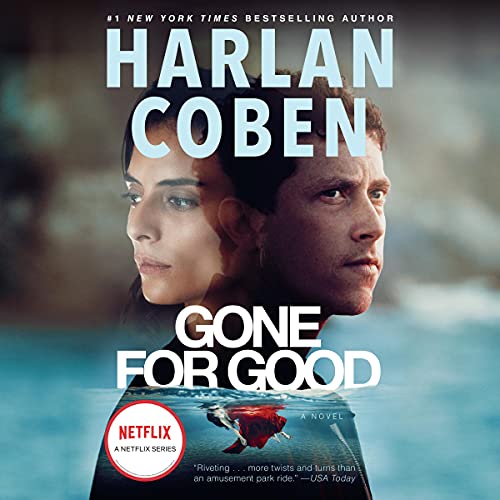 SOON TO BE A NETFLIX ORIGINAL SERIES • “Gone for Good contains more plot twists than you can count, with a jarring revelation in nearly every chapter... [Harlan] Coben has crafted a taut thriller with a slew of compelling characters...As subtle as a shotgun, and just as effective.” (San Francisco Chronicle)

As a boy, Will Klein had a hero: his older brother, Ken. Then, on a warm suburban night in the Kleins’ affluent New Jersey neighborhood, a young woman - a girl Will had once loved - was found brutally murdered in her family’s basement. The prime suspect: Ken Klein. With the evidence against him overwhelming, Ken simply vanished. And when his shattered family never heard from Ken again, they were sure he was gone for good.

Now 11 years have passed. Will has found proof that Ken is alive. And this is just the first in a series of stunning revelations as Will is forced to confront startling truths about his brother - and himself. As a violent mystery unwinds around him, Will knows he must press his search all the way to the end. Because the most powerful surprises are yet to come.

“Coben stands on the accelerator and never lets up....The action is seamless, clear, and riveting.” (People (Page-turner of the Week))

"The clockwork plot keeps picking up speed...breathtaking." ( Booklist)
"Coben has written another winner, guaranteed to keep readers awake all night." ( Library Journal)
"A tale of manifold deceptions guaranteed to show its readers up as suckers, and to make them love every moment of the experience." ( Amazon.com)
"A compelling and original suspense thriller...intriguing, clever and unique." ( Los Angeles Times)