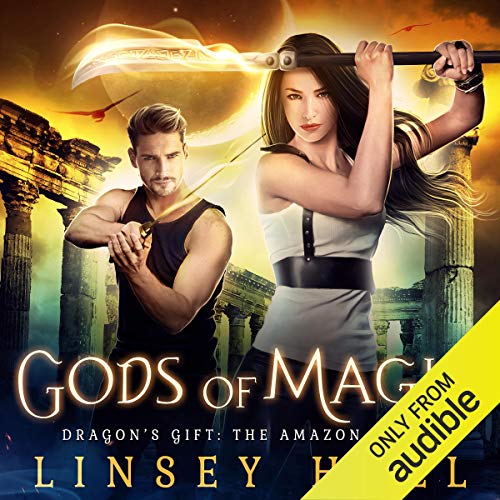 I thought that losing my magic was the worst thing in the world.

I was wrong. Becoming demon touched was far worse. Now, I’m filled with their dark magic and the only way to survive is to hide. Problem is, I’m about to start my first term at the best academy of magic in the world. Hiding will be impossible.

When a series of monster attacks smashes into my world, the demons realize I’m like them. Worse, the irresistibly sexy and powerful gladiator mage Maximus figures out that I’m not quite right. Mega weird, actually.

As part of my training, I’m paired up with Maximus to stop the attacks. My side mission? Kill the demons before they get me. And I can’t fall for Maximus. He might be sexy as hell, but he’s a suspicious jerk who could be my downfall. If he learns exactly what I am, I’ll never survive the academy, much less tomorrow.

Gods of Magic is a fast-paced urban fantasy adventure starring a kick butt heroine, a powerful hero, and magic that will blow your socks off.