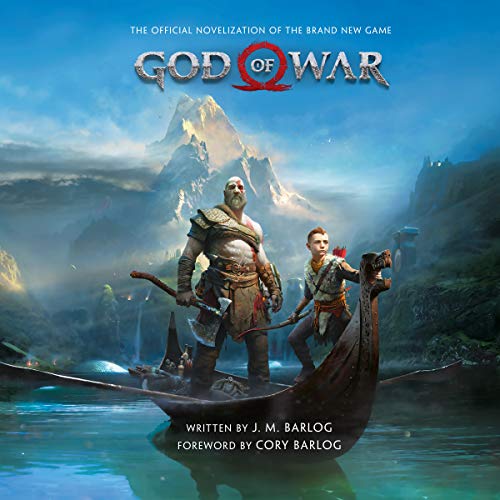 The official novelization of the brand new game

His vengeance against the gods of Olympus years behind him, Kratos now lives as a man in the realm of Norse gods and monsters. It is in this harsh, unforgiving world that he must fight to survive...and teach his son to do the same.

This startling reimagining of God of War deconstructs the core elements that defined the series - satisfying combat, breathtaking scale, and a powerful narrative - and fuses them anew.

Played the games, enjoyed the book

Played all the games, watched many lore videos and still i enjoyed listening to the book.
It was nice to hear Mimir's voice again, as a companion on my daily commute to work.

The voice is just amazing, the story pulls you in. A must for every God of War fan. Even if you've already played the game, you'll still be siting on the edge of your seat, wondering what will happen next.

a nice addition If you played the Game. Superbly read. the voice could not have been chosen better

I could listen to this ever and ever again. I love the game and also this Audio book.