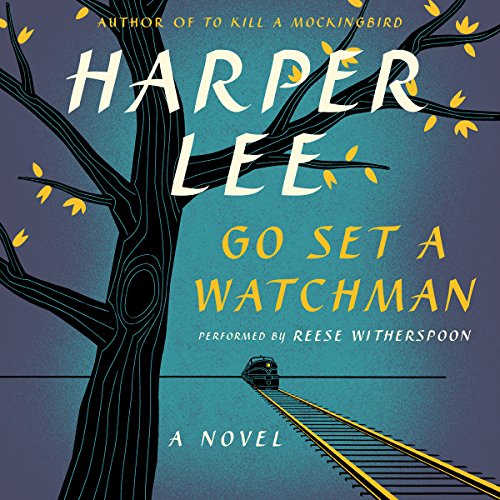 An historic literary event: the publication of a newly discovered novel, the earliest known work from Harper Lee, the beloved, best-selling author of the Pulitzer Prize-winning classic To Kill a Mockingbird.

Originally written in the mid-1950s, Go Set a Watchman was the novel Harper Lee first submitted to her publishers before To Kill a Mockingbird. Assumed to have been lost, the manuscript was discovered in late 2014.

Go Set a Watchman features many of the characters from To Kill a Mockingbird some 20 years later. Returning home to Maycomb to visit her father, Jean Louise Finch--Scout--struggles with issues both personal and political, involving Atticus, society, and the small Alabama town that shaped her.

Exploring how the characters from To Kill a Mockingbird are adjusting to the turbulent events transforming mid-1950s America, Go Set a Watchman casts a fascinating new light on Harper Lee's enduring classic. Moving, funny, and compelling, it stands as a magnificent novel in its own right.

"All [characters] are portrayed by Witherspoon with perfect pitch and pacing, and the sure hand of a talented actress who is well aware of the region's racially fraught past." (AudioFile)

Your friends need you when they're wrong

A great book, published at the right time.
The story of Jean-Louise "coming in" to life as a human being, by painfully discovering how Atticus is not the Godlike superfigure she always thought he was, but deserves love and forgiveness just the same, because it is us who are called upon to stand up what we believe in.
Humanity requires Independence requires Compassion requires Resolve and Dedication!

&quot;Go Set a Watchman&quot; is certainly very interesting for anyone who would like to know how novels develop under the hands of the author. This early version is completely different from the well-known &quot;To Kill a Mockingbird&quot;. So although it is not at all a great story and fans of the Mockingbird-characters will be highly disappointed with how they turned out in this one, I'm happy to have listened to it. Sometimes it was a struggle to keep myself interested and not just give it up halfway. Maybe this feeling was intensified by Reese Witherspoon not being able to give life to any scene that wasn't romantic.

At last the characters of To kill a Mockingbird has grown and come to full closure and matured in the true spirit of Atticus and his silent wisdom.

The narrator painted vividly the audio atmosphere / impressions that set the novel perfectly.

I enjoyed tremendously listening and will listen to it again.

A wonderful and amazing Reese Witherspoon. With her sensitive voice she carried me away into a story, sad, mellow ...
Absolutely worth to listen to.

Deeply thought and magnificently written. Reese Witherspoon brings it to life. I highly recommend it.

a must read for today

fantastic performance!! loved the story and its relevance to the conflicts in the U.S. BLM, refugees, perspectives, polarisations...