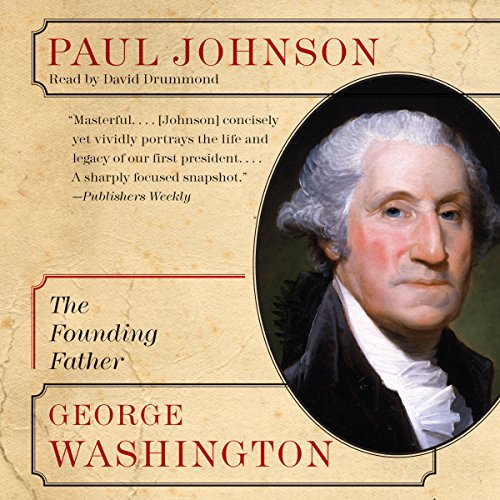 By far the most important figure in the history of the United States, George Washington liberated the 13 colonies from the superior forces of the British Empire against all military odds, and presided over the production and ratification of a constitution that (suitably amended) has lasted for more than 200 years. Yet today, Washington remains a distant figure to many Americans, a failing that acclaimed author Paul Johnson sets out to rectify with this brilliantly vivid, sharply etched portrait of the great hero as a young warrior, masterful commander in chief, patient lawmaker, and exceptionally wise president.

"Johnson captures the key images of Washington's life and work in this sharply focused snapshot." ( Publishers Weekly)
"Johnson, a noted British historian, submits a beautifully cogent, enthrallingly perceptive, and, given the vast accumulation of published material on his subject, startlingly fresh take on the ultimate American icon, our first president.... The question so trenchantly answered here is, What was it about Washington that made the man such a commanding figure? A breathtaking treatment in its clarity and sheerness." ( Booklist)