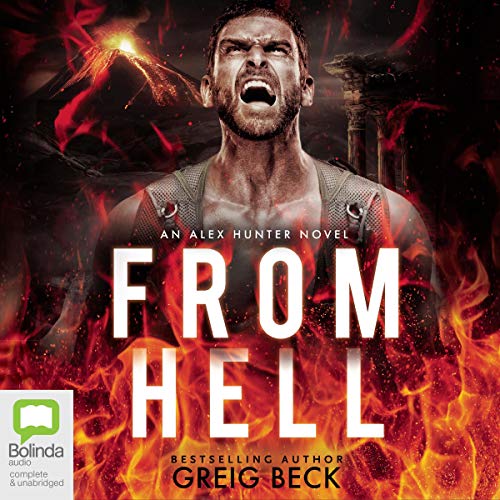 In the thrilling new blockbuster from Greig Beck comes the most horrifying edition to the Arcadian collection as Alex Hunter must journey into the heart of a volcano and confront a hellish adversary more powerful than anything he and his team have ever faced before.

"Long is the way and hard, that out of Hell leads up to light." (John Milton, Paradise Lost)

Pompeii, present day: archaeologist Maria Monti is working at a new dig site. Like hundreds before her she is investigating the night that Vesuvius erupted, consuming the ancient city with choking ash, scalding steam, and rivers of lava.

But she has just unearthed something that shouldn’t be there, something that makes her question everything she knows about the disappearances of that fateful event.

Several hundred miles away Alex Hunter’s family is holidaying in southern Italy when Mount Etna begins to shake, and ash begins to blanket the countryside. Figures are moving about in the smoke, hideous shapes, snatching people from the streets, and scans indicate they are being taken into the core of the erupting volcano.

Hell is rising, and Alex Hunter must gather a team of his most battle hardened HAWCs to take on an adversary from the very depths of hell. Nothing will stop him from rescuing Aimee and Joshua, not even the devil itself.