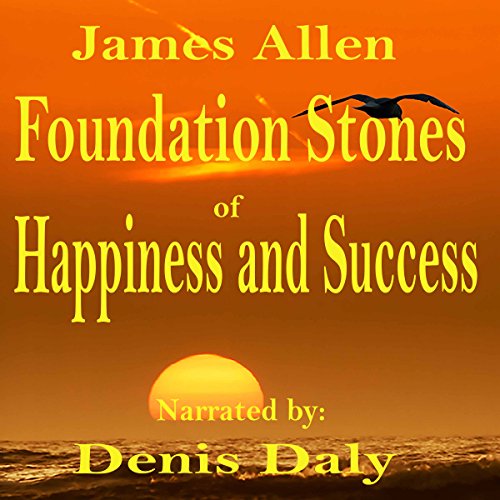 Foundation Stones to Happiness and Success

This is one of the last works of James Allen and was first published posthumously in 1913. As Lily Allen says in her preface: "Like all his works it is eminently practical. He never wrote theories, or for the sake of writing, or to add another to his many books; but he wrote when he had a message, and it became a message only when he had lived it out in his own life, and knew that it was good. Thus he wrote facts, which he had proven by practice."

This audiobook may consider as a summation of the philosophy of James Allen, which is explored in much greater detail in his earlier books.