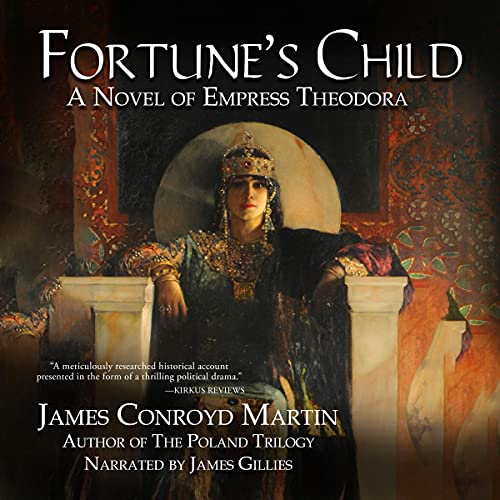 Theodora: Actress, prostitute, mistress, feminist. And Byzantine Empress of the civilized world. Stephen: Handsome Syrian boy, wizard's apprentice, palace eunuch. And Secretary to the Empress. How does this unlikely pair become such allies that one day Empress Theodora asks Stephen to write her biography?

From a very young age, Theodora, daughter of a circus bearkeeper in Constantinople, sets her sights well above her station in life. Her exquisite beauty sets her apart on stages and in the eyes of men.

Stephen, a Syrian lad of striking good looks, is sold by his parents to a Persian wizard, who teaches him a skill in languages that will serve him well.

By the time Destiny brings them together in Antioch, Theodora has undergone heart-rending trials and a transformation, while Stephen has been sold again...and castrated.

Discover the enduring bond that, however imperfect, prompts Theodora - as Empress - to request palace eunuch Stephen to write her biography.

"A meticulously researched historical account presented in the form of a thrilling political drama". (Kirkus Reviews)