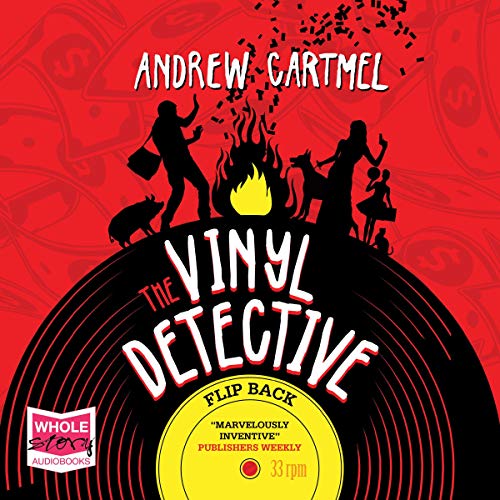 It’s all Tinkler’s fault. If it weren’t for his obsession with the 1970s band Black Dog, none of this would have happened.

The members of Black Dog performed an infamous publicity stunt on Halig Island: they burned a million dollars on an enormous bonfire. But the stunt backfired, splitting the band for good and increasing the value of their final, recalled album tenfold.

The Vinyl Detective and Nevada accept the challenge to hunt a copy down for Tinkler but soon realize that the search is going to be their most dangerous yet. Narrowly avoiding a killing spree, negotiating deranged fans and being pursued by hack celebrity Stinky Stamner, they discover that perhaps all was not as it seemed on Halig Island - and that in the embers of that fire are clues of a motive for murder....

The fourth book in the hilarious and enthralling Vinyl Detective mystery series.