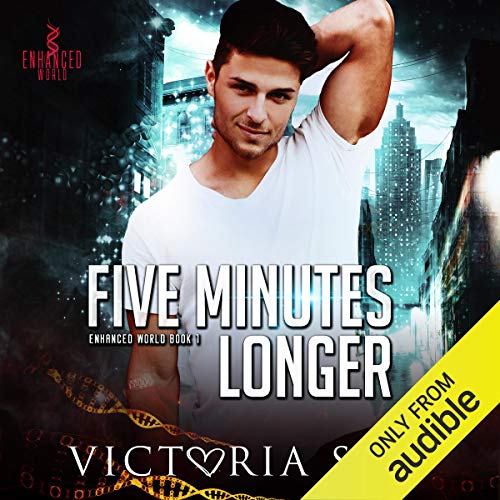 Talon Valdez knew when he transformed into an enhanced human, his life and his dreams were finished. Reviled, mistrusted, and often locked away, the enhanced were viewed as monsters, despised by the public, and never trusted to serve in the military or any law enforcement agency.

Years later he gets a chance to set up a task force of enhanced to serve in the FBI, but with one proviso: each enhanced must partner with a regular human.

Finn Mayer dreamed of joining the FBI from the time he was 14 and made every possible sacrifice to make it happen, including living with his selfish mother and bullying, homophobic brother and never having a boyfriend. But his undiagnosed dyslexia stopped his aspirations dead in their tracks. His last chance is to partner with Talon, an enhanced with deadly abilities who doesn't trust regular humans with their secrets and wants Finn to fail.

An interesting plot, strong characters and an unexpected twist. I finished it in one go and look forward to the next book. The reader seemed a bit rushed at times - but he was voicing a young excitable man - so it was fitting

Entertaining and an easy listen

It was fun. My only gripe is that the protagonist was a bit boring, but I was reading for the sesy romance so I can overlook it.