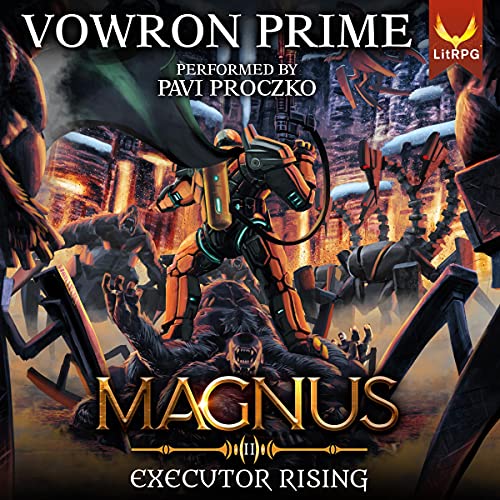 From the shards of a broken rebellion, a new Executor rises....

After surviving the impossible in a race against time, Magnus Cromwell finally finds some answers. Only, some truths are better off left buried.

Now on the run from the Legatus’s almighty legion with an angel in tow, Magnus has his hands full just staying alive.

It's a good thing Magnus is done being the underdog. Survival isn’t going to be enough when the fate of an entire planet rests on his shoulders. He’s angry and he’s desperate enough to do the unthinkable: locate the rumored Resistance and unite them against the Legatus.

After all, the enemy of his enemy is...a very useful weapon.

About the series: Embark on a jam-packed grimdark adventure with an overpowered protagonist that seamlessly merges epic battles with mystery, survival, and elements of Lovecraftian horror. Dragons, magic, and medieval fantasy meet cyberpunk technology in this rollercoaster of a ride that starts fast and never lets up. Experience a unique take on a light LitRPG system whose true, gory nature is uncovered bit by bit as Magnus progresses through his epic journey in a land of horrors. And with four detailed art scenes of fantastical locations inspired by an author who has journeyed from Antarctica to Kilimanjaro, you won't want to put the book down!