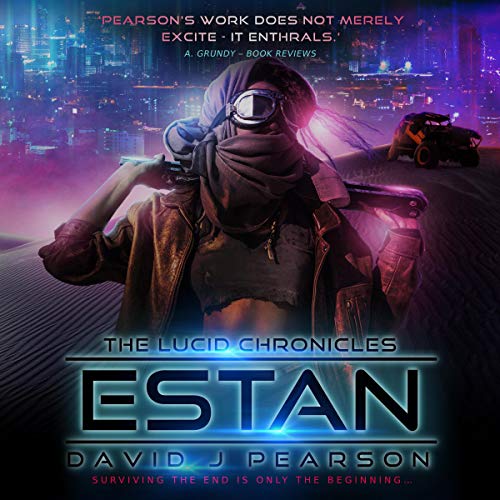 Estan is book two in The Lucid Chronicles.

Join Estan Harvey as she leads her friends back to the suffocating, dying world they call home. Armed with the truth of the Eclipse, they mean to overthrow Unity and bring down the regime. Little do they know that a terror chases that could spell the end of the human race.

With the Buyer’s return, Estan and her people find themselves asking the hardest question of all: Do they reveal the truth of the Eclipse, and in turn bring down Unity, the only power strong enough on Earth to stand up to the Buyer’s threat? Or, is it sometimes better the devil you know?

A war is coming, and with a lion at their front and a wolf at their heels, the Liberation of the Eclipse appears to have only been the start. Surviving the end is only the beginning...