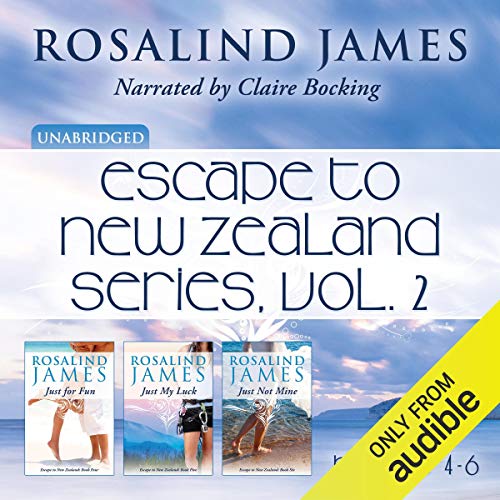 What happens in Fiji stays in Fiji. Except when it doesn't.

Emma Martens and Nic Wilkinson have no history together except one perfect week. Nothing in common anymore except the most important thing of all. Getting together again would be messy. Complicated. Scary. And, just maybe, worth every risk.

When roommates Kristen Montgomery and Ally Villiers head to New Zealand for a year's working holiday, Kristen hopes she can reboot her life after a disastrous marriage. Ally's just along for the adventure. They both get more than they bargained for after an outing to a climbing gym introduces them to the new captain of the All Blacks and his teammate. One man's perfect. The other isn't. Sometimes the course of true love runs smooth. Other times it's a very bumpy ride indeed.

Destiny can sneak up on you. Or it can smack you in the face.

Hugh Latimer's coping with a few problems just now. A broken hand, missing the All Blacks' European rugby tour, and a half brother and sister who are playing havoc with his love life. Instead of packing down in the scrum, he's driving the carpool to ballet - or forgetting it's his turn. When he hears his neighbor wailing out bad pop in the wee hours, it's the last straw. Or maybe not, because his new neighbor is a Maori soap star with issues of her own.