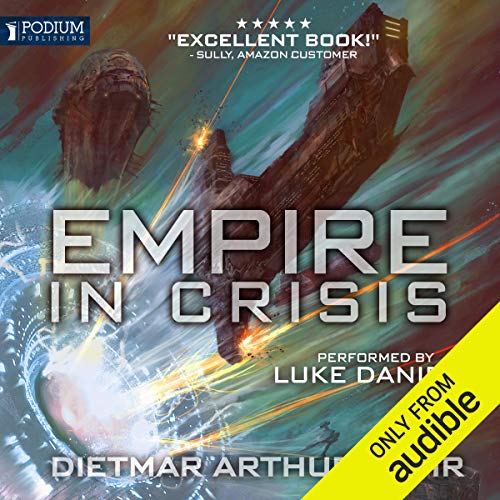 The Empire is a political entity that encompasses hundreds of colonized worlds united by a common language (Esperanto) and under a single individual, the Emperor. But the Empire is getting old and creaky. Its government is riddled with corruption and is choking on red tape. The Space Force is bloated with the incompetent who have risen to high rank due to nepotism and patronage. The Emperor has been assassinated, and the Empire is surrounded by alien races that are becoming more hostile and more powerful as time goes on.

When an exploration fleet in the rift between sections of the spiral arm are attacked by an unknown race, the dead Emperor's clone-son, now on the throne, recognizes that the Empire is standing at the edge of an abyss and must find a way to not only win this new war against the alien aggressors but also overcome the inertia of the arrogant Space Force officers who are more ready to overthrow their Emperor than fight the war.