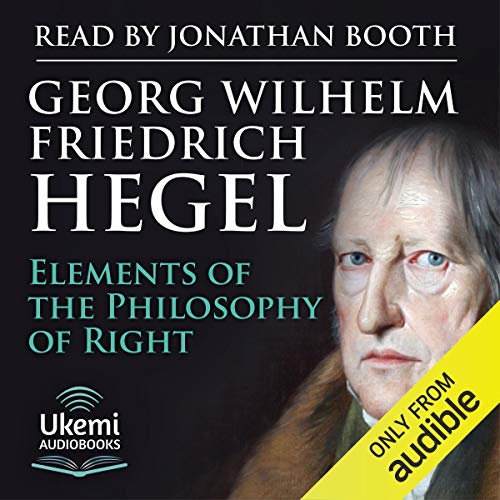 Elements of the Philosophy of Right

Elements of The Philosophy of Right, a key work in the output of Georg Wilhelm Hegel (1770-1831), appeared in 1820 - and was arguably his last major publication. His intention was to state his views on the philosophy of law, political and social theory and ethics. Appearing as it did in a crucial time for the Prussian state - still affected by the Napoleonic wars and their aftermath - it was viewed differently by those on both the left and the right of the political spectrum.

The essence, for Hegel, was the rule of law. It is divided into three main parts: Abstract Right (the main topics being Property, Contract and ‘Wrong’); Morality (Purpose and Responsibility, Intention and Well-being, The Good and Conscience); and Ethical Life (The Family, the Civic Community and the State).

Within, Hegel considers central matters including free will, freedom and natural right; and he counts law and politics as a single whole, overturning centuries of separation in philosophic discussion. And he declares, ‘The state is not a work of art. It is in the world, in the sphere of caprice, accident, and error. Evil behaviour can doubtless disfigure it in many ways, but the ugliest man, the criminal, the invalid, the cripple, are living men. The positive thing, the life, is present in spite of defects, and it is with this affirmative that we have here to deal.’