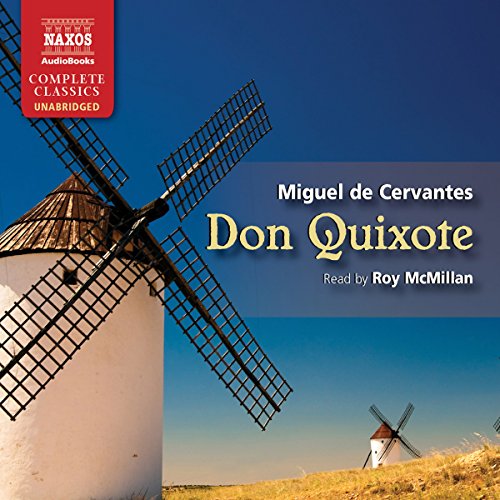 The most influential work of the entire Spanish literary canon and a founding work of modern Western literature, Don Quixote is also one of the greatest works ever written. Hugely entertaining but also moving at times, this episodic novel is built on the fantasy life of one Alonso Quixano, who lives with his niece and housekeeper in La Mancha. Quixano, obsessed by tales of knight errantry, renames himself "Don Quixote" and, with his faithful servant Sancho Panza, goes on a series of quests. Many of these adventures, including tilting at windmills, are established in European literary consciousness.

Originally published in two volumes a decade apart (in 1605 and 1615), Don Quixote has been brought to life in its entirety in this audiobook.

This book has been a part of my free time and travels for a long time and I am both sad and happy that it came to an end, what a masterpiece, will listen to it again in future. Amazingly entertaining.