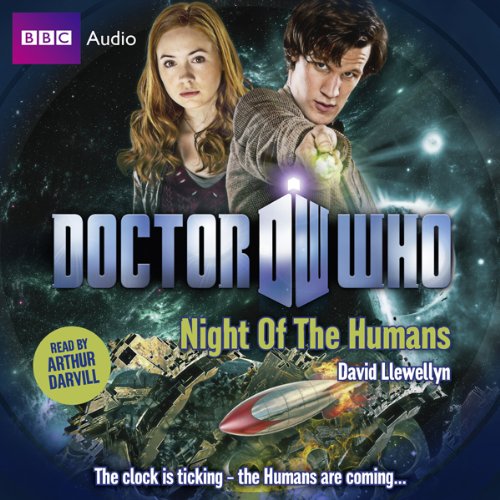 Doctor Who: Night of the Humans

Doctor Who: Night of the Humans

"This is the Gyre - the most hostile environment in the Galaxy" 250,000 years' worth of junk floating in deep space, home to the shipwrecked Sittuun, the carnivorous Sollogs, and worst of all - the Humans.

The Doctor and Amy arrive on this terrifying world in the middle of an all-out frontier war between Sittuun and Humans, and the countdown has already started. There's a comet in the sky, and it's on a collision course with the Gyre . . .

When the Doctor is kidnapped, it's up to Amy and 'galaxy-famous swashbuckler' Dirk Slipstream to save the day.

But who is Slipstream, exactly? And what is he really doing here?

A thrilling, all-new adventure featuring the Doctor and Amy, as played by Matt Smith and Karen Gillan in the spectacular hit series from BBC Television.