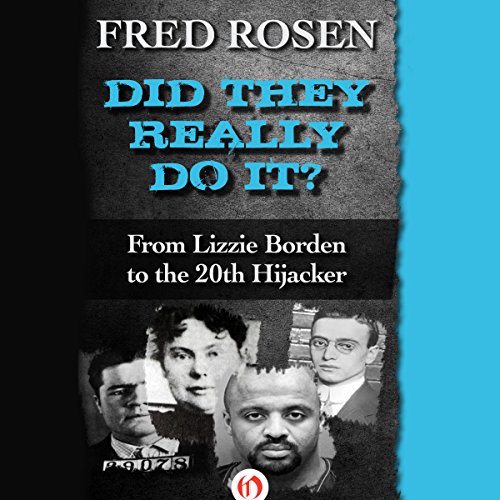 Did They Really Do It?

Nine of the most controversial violent crimes in America's history are reexamined in these compelling stories of true crime. Dr. Samuel Mudd set John Wilkes Booth's broken ankle, but was he actually part of the larger conspiracy to assassinate President Abraham Lincoln? Did Lizzie Borden brutally murder her own parents in Massachusetts? Was admitted jihadist Zacarias Moussaoui really involved in the terrorist plot to destroy the World Trade Center on September 11, 2001?

In a series of provocative and eye-opening true crime investigations, author Fred Rosen revisits some of the most shocking and notorious crimes in America over the past two centuries to determine once and for all...did they really do it? Applying logic and techniques of modern criminology while reexamining the crime scenes, official police records, and the original courtroom testimonies of witnesses and the accused, Rosen explores nine infamous crimes that rocked the nation and the verdicts that were ultimately handed down. From Ethel and Julius Rosenberg's execution for treason to the kidnapping and killing of the Lindbergh baby to the Ku Klux Klan slayings of three civil rights workers in Mississippi to 9/11, the alleged perpetrators get another day in court as Rosen calls into question the circumstantial evidence and cultural context that may have determined guilt or innocence in each case.

Das sagen andere Hörer zu Did They Really Do It?