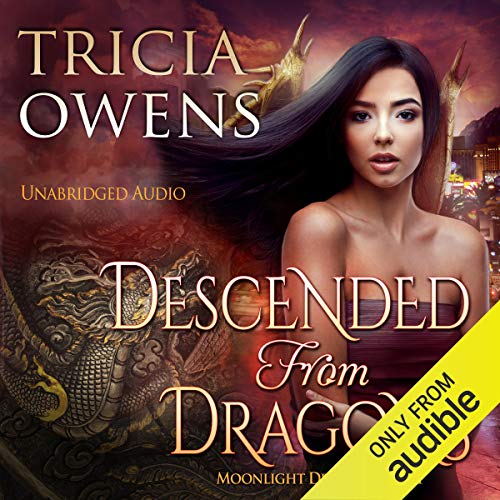 Descended from Dragons: An Urban Fantasy

Descended from Dragons: An Urban Fantasy

Beneath the glitz and glamour of Las Vegas lies another city. A secret city in plain sight, full of warlocks and demons, shapeshifters and golems. A city that feeds off the chance magick that is generated by gamblers, and which is ruled by mysterious beings called the Oddsmakers.

It is in this strange underbelly of the occult that Anne Moody runs a cursed pawn shop for the desperate, the curious, and the magickally inclined. The job can be tricky, but it keeps her under the radar. None of her customers have any inkling that she is a dragon sorceress with a power that's been feared throughout history. One day, a visitor to her shop pawns a stone statue that is more than it appears. The statue is a gargoyle named Vale, who is shrouded in mystery and secrets. When she learns that Vale is possessed, and that the person responsible for cursing him plans to take over Las Vegas with a horde of demons from Hell, Anne realizes it is up to her to defy the Oddsmakers and save the city, and possibly the world.

Descended from Dragons is the first book in an exciting new urban fantasy series for fans of Patricia Briggs, Karen Moning, and Ilona Andrews.