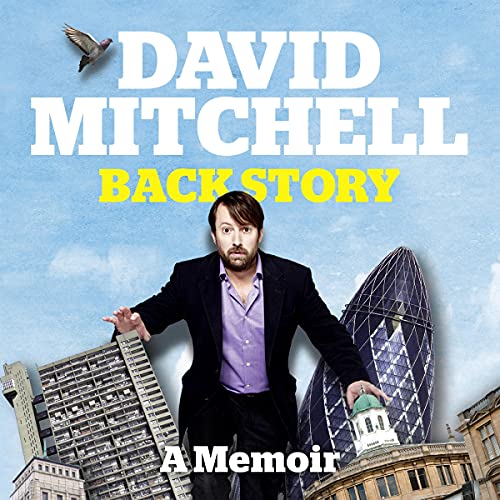 David Mitchell, who you may know for his inappropriate anger on every TV panel show except Never Mind the Buzzcocks, his look of permanent discomfort on C4 sex comedy Peep Show, his online commenter-baiting in The Observer or just for wearing a stick-on moustache in That Mitchell and Webb Look, has written a book about his life.

As well as giving a specific account of every single time he's scored some smack, this disgusting memoir also details:

Fantastic, even for the unfamiliar

I've only known David Mitchell from his Soapbox videos on YouTube and the occasional sketch clip (I'm not from the UK), but I always liked his style a lot. Since I knew so little about him listening to his biography seemed a bit too early, but it turned out to be very well written and narrated, peppered with funny observations and insights into his life.

Very well paced and narrated - I haven't been bored once. A great mix of humor and personal stories.

I like David Mitchell and enjoyed these funny bits of his life. Thank you, David!

(half a point off for the frequent use of the c-word - sorry, but i don’t like that.)

Insight into the inner life of a great comedian

This autobiography describes with great detail how the comedian David Mitchell came to be. Great listen for anybody interested in the inner life of a awkward person who actually realised his dreams despite himself.