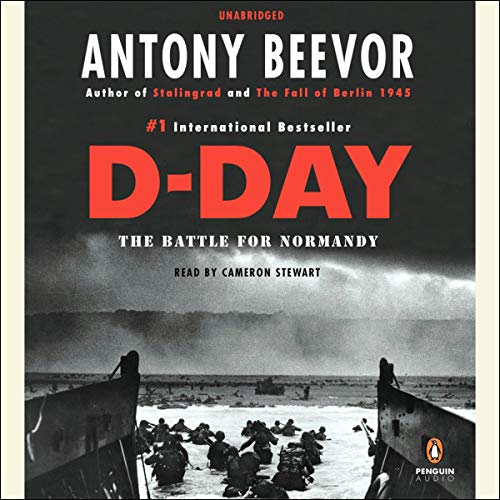 "Glorious, horrifying...D-Day is a vibrant work of history that honors the sacrifice of tens of thousands of men and women." (Time)

Beevor's Ardennes 1944: The Battle of the Bulge is now available from Viking Books.

Renowned historian Antony Beevor, the man who "single-handedly transformed the reputation of military history" (The Guardian) presents the first major account in more than 20 years of the Normandy invasion and the liberation of Paris. This is the first book to describe not only the experiences of the American, British, Canadian, and German soldiers, but also the terrible suffering of the French caught up in the fighting. Beevor draws upon his research in more than 30 archives in six countries, going back to original accounts and interviews conducted by combat historians just after the action. D-Day is the consummate account of the invasion and the ferocious offensive that led to Paris' liberation.

"Absorbing... The reader finished this accessible history with the sense he has had a 360-degree look at Operation Overlord and its multinational cast... Terrifing reading." (USA Today)

"A dramatic, important, and instructive story, and Beevor tells it surpassingly well." (The Washington Post)

"Where the book really scores is in its eye for the operational detail and its vivid reconstructions of the experience of battle, as unavoidable courage mixes with arbitrary tragedy." (Lawrence Freedman, Foreign Affairs)