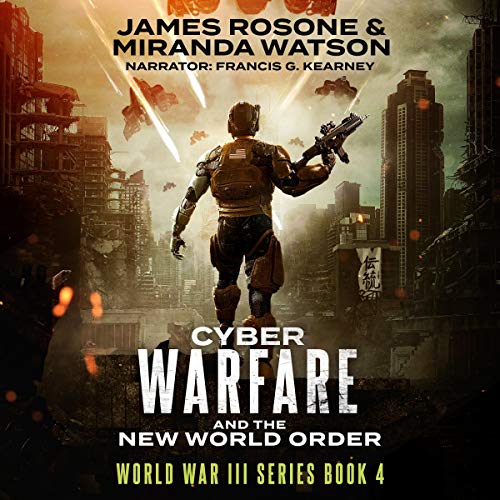 Cyber-Warfare and the New World Order

Cyber-Warfare and the New World Order

Is this the end of America?

The US has finally fought the Russians to a standstill in Europe and stopped the Chinese and Russians from breaking out of Alaska, but now they have a new threat to handle in California. Will the bloody street fight be too much for the American military to handle?

Just as it seems that the United States is going to collapse, DARPA unleashes a new torrent of technologically advanced weapons. Will the new ark angel fighters turn the tide of air superiority back to America, or is it too late?

Cyber-Warfare and the New World Order is the fourth and final book in this epic techno-military World War III series. If you like innovative technologies, scheming politics, and heart-pounding combat scenes, you’ll love Rosone and Watson’s conclusion to this story.