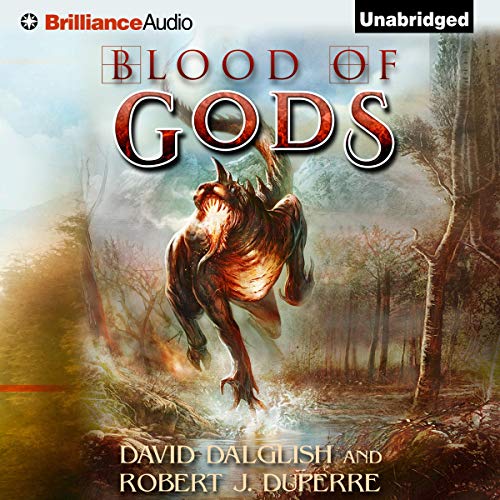 Brothers and gods, Karak and Ashhur created Dezrel to be a paradise of ageless humans. But mortal hubris aroused one god’s wrath, and forced the other to shield the young world’s rebellious denizens from his brother’s murderous retribution. Now, the bloody war between mortal nations and their immortal overlords has reached its tipping point. The city of Mordeina, under siege by the brutal Karak and his armies, fights valiantly against impossible odds. Bardiya - Ashhur’s loyal servant - and his people face a shackled death march across the desert as the demon Darakken plots its monstrous rebirth. And as Ashhur struggles to protect his children and their provinces, he must counter Karak’s ever-deadlier attacks with terrifying measures of his own.

As kings, spies, rogue royals, and religious despots connive and clash, city walls and sacred trusts will be breached - and a civilization built by gods will prevail or perish at the powerful but flawed hands of its creators.

Blood of Gods is the cataclysmic conclusion to the epic Breaking World fantasy series.