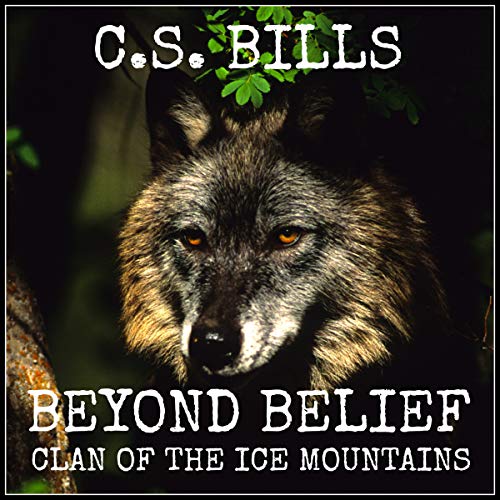 Beyond Belief is the fourth and final audiobook in the acclaimed Clan of the Ice Mountain saga. This action/adventure series follows a group of post Ice Age people led by the young leader, Attu, as they race off the melting ice and into the new world of the continent, a world filled with new animals, people, and challenges.

Beginning with Breakaway: Clan of the Ice Mountains, where the Clan is attacked by ice bears as they flee to safety, the series continues with Blooded Ground, where Attu's people meet the Ravens, a group of bloodthirsty Northwest natives who want them for slaves. Next is Broken Rock Bay, where Atu's Clan flees north and meets the whaling Nukeena, people they choose to save and befriend. The final audiobook, Beyond Belief, introduces bow-and-arrow technology and the domestication of dogs, as well as the meeting of roving bands of killers booted from Attu's Clan who people soon discover are related to them, speaking a similar language that is much changed from their many generations off the ice.

This is a coming-of-age story, filled with action, suspense, and a bit of romance. Inuit mythology plays a role, as does the mystical beliefs and ESP-like "gifts" these people possess, making the series appeal to those who also like fantasy.