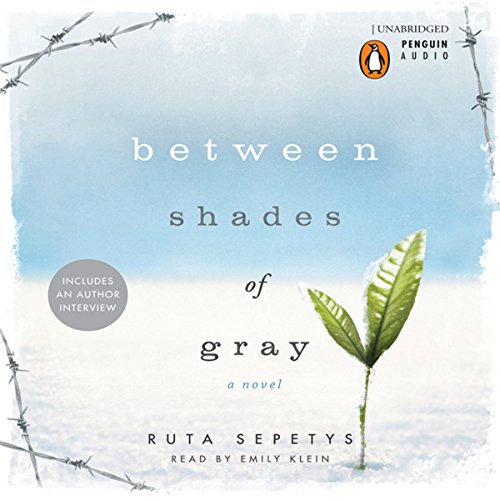 Between Shades of Gray

Ruta Sepetys's Between Shades of Gray is now the film Ashes in the Snow!

"Few books are beautifully written, fewer still are important; this novel is both." (The Washington Post)

From New York Times and international best seller and Carnegie Medal winner Ruta Sepetys, author of Salt to the Sea, comes a story of loss and of fear - and ultimately, of survival.

Fifteen-year-old Lina is a Lithuanian girl living an ordinary life - until Soviet officers invade her home and tear her family apart. Separated from her father and forced onto a crowded train, Lina, her mother, and her young brother make their way to a Siberian work camp, where they are forced to fight for their lives. Lina finds solace in her art, documenting these events by drawing. Risking everything, she imbeds clues in her drawings of their location and secretly passes them along, hoping her drawings will make their way to her father's prison camp. But will strength, love, and hope be enough for Lina and her family to survive? A moving and haunting novel perfect for fans of The Book Thief.

Praise for Between Shades of Gray:

"Heart-wrenching... an eye-opening reimagination of a very real tragedy written with grace and heart." (The Los Angeles Times)

"At once a suspenseful, drama-packed survival story, a romance, and an intricately researched work of historial fiction." (The Wall Street Journal)

“Few books are beautifully written, fewer still are important; this novel is both.” (The Washington Post)

I've been looking forward to read the book, but since I couldn't order it I decided to get audible and hear it instead. I knew before listening to it about the horrors in gulags, annexations and over all crimes against my people. But this book described everything so vividly. For sure I can't be the only one who cried while listening. I absolutely adore the writing style and authenticity of the characters. I'm glad this book was written and happy to know that it has reached many people.