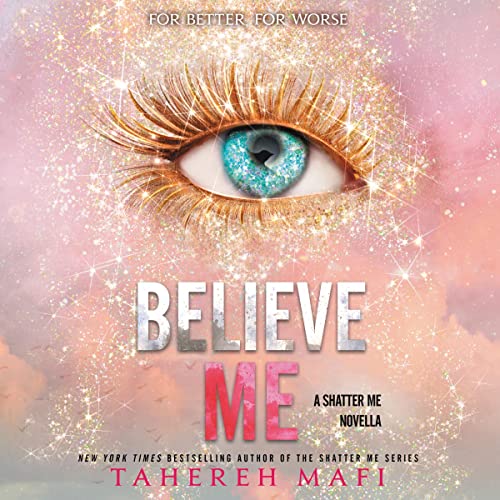 The devastatingly romantic fifth novella in the New York Times and USA Today best-selling Shatter Me series, chronicling the events after Imagine Me, the explosive sixth novel.

Juliette and Warner fought hard to take down the Reestablishment once and for all. Life in the aftermath isn’t easy, as they and their friends at the Sanctuary work with their limited resources to stabilize the world.

Warner has his sights set on more than just politics. Since he proposed to Juliette two weeks ago, he’s been eager to finally marry her, the person he loves more than anything and has endured so much to be with. But with so much chaos around them, it’s been nearly impossible for them to have a wedding. And even Juliette has been distracted by everything they need to do.

At long last, Warner and Juliette’s future together is within reach, but the world continues to try to pull them apart. Will they finally be able to be happily, officially, together?

Celebrate the 10th anniversary of Tahereh Mafi's best-selling Shatter Me series with Believe Me!