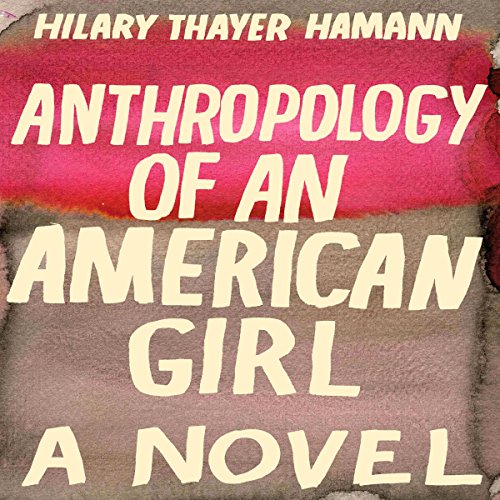 Anthropology of an American Girl

Anthropology of an American Girl

Self-published in 2003, Hilary Thayer Hamanns Anthropology of an American Girl touched a nerve among readers, who identified with the sexual and intellectual awakening of its heroine, a young woman on the brink of adulthood.

A moving depiction of the transformative power of first love, Hamanns first novel follows Eveline Auerbach from her high school years in East Hampton, New York, in the 1970s through her early adulthood in the moneyed, high-pressured Manhattan of the 1980s.

Centering on Evie's fragile relationship with her family and her thwarted love affair with Harrison Rourke, a professional boxer, the novel is both a love story and an exploration of the difficulty of finding one's place in the world. As Evie surrenders to the dazzling emotional highs of love and the crippling loneliness of heartbreak, she strives to reconcile her identity with the constraints that all relationships - whether those familial or romantic, uplifting to the spirit or quietly detrimental - inherently place on us. Though she stumbles and strains against social conventions, Evie remains a strong yet sensitive observer of the world around her, often finding beauty and meaning in unexpected places.

Newly edited and revised since its original publication, Anthropology of an American Girl is an extraordinary piece of writing, original in its vision and thrilling in its execution.

“If publishers could figure out a way to turn crack into a book, it’d read a lot like this. Originally a self-published cult hit in 2003 (since reedited), Hamann’s debut traces the sensual, passionate, and lonely interior of a young woman artist growing up in windswept East Hampton at the end of the 1970s.” ( Publishers Weekly)
"Closely observed, Holden Caulfield–ish story of teendom in Manhattan and its purlieus in the age of Me…. The details are exactly right…. Intelligent and without a false note—a memorable work." ( Kirkus Reviews)
“A cinematic and emotionally ripe debut novel....in gorgeous language and with brilliant observation.” ( Ms. magazine)