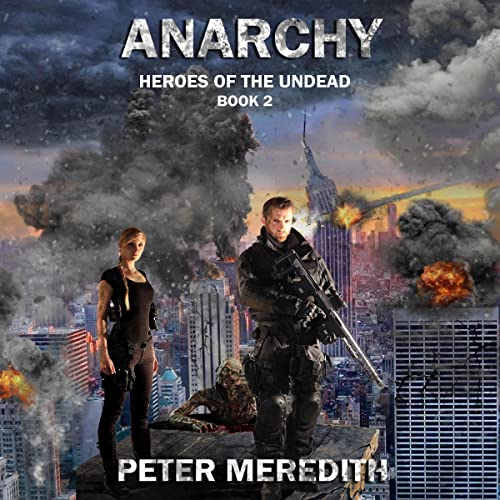 Having survived what felt like an impossible journey, Maddy Whitmore and Bryce Carter discover that there is no time to rest. Not only is New York still slated for nuclear annihilation, they are hounded by demons more horrible than anything they’ve yet encountered.

Virtual armies of undead, using a “collective mind”, lay siege to the Federal Building, and the two are forced to their new and astounding limits just to survive. Yes, they’ve grown stronger and faster, but so have their opponents who will do anything to destroy them.

The only way to keep the building from being overrun is for Maddy and Bryce to lead the demon and its army away. They flee through the maze of tunnels beneath the city, where the demons soak up the darkness, swelling to great size. These fiends are otherworldly and so terribly foul that to look upon them will drive the weak insane.

And, to make matters worse, the two are still New York’s only hope. The far-seeing Daniel Magnus has placed the lives of three million people on their shoulders. Supposedly, only they can stop the incoming nuclear missiles, which makes little sense since they barely survive trial after trial. Torn, bloody, and exhausted, they have no choice but to go on and on….