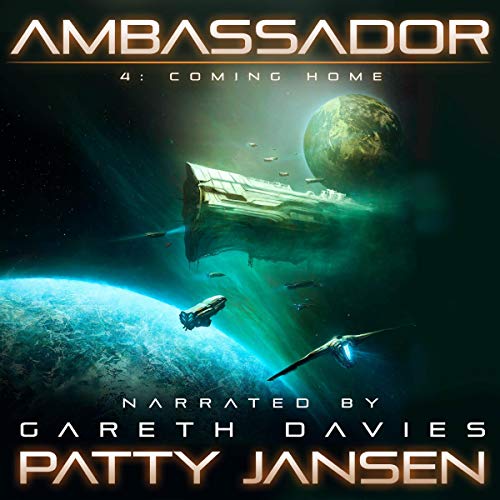 The world as we know it is on a certain path to war...

Delegate Cory Wilson has returned to gamra headquarters from deep space with a rather unwelcome guest: Captain Kando Luczon of the mammoth Aghyrian ship that has returned after mysteriously vanishing 50,000 years ago. On board the ship only 400 years have passed, in which they have visited another galaxy. But the captain isn't willing to share what they found there or why they decided to come back. In fact, the captain does his utmost best to live up to his infamous historical reputation as an utter jerk, having lived through 400 years to cultivate his jerkery.

Cory had hoped that by isolating the captain from his ship, mostly still in stasis mode, he could start a conversation, but Kando Luczon isn't interested in a conversation. He views the modern version of his home world Asto as inferior, its inhabitants the Coldi as nothing but a placeholder race and all other races as savages.

Meanwhile the ship is showing signs of waking up, ancient satellites in orbit in the space junk clouds around Asto and Ceren sputter into life, and Asto's Chief Coordinator and Cory's friend Ezhya Palayi makes it clear that if pushed, Asto's formidable military fleet will take defensive action.