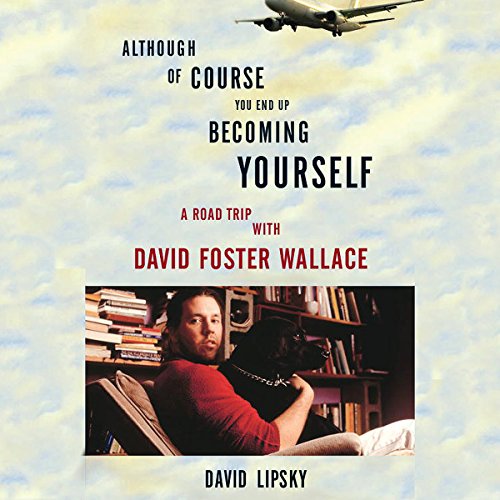 Although of Course You End Up Becoming Yourself

An indelible portrait of David Foster Wallace, by turns funny and inspiring, based on a five-day trip with award-winning writer David Lipsky during Wallace's Infinite Jest tour.

In David Lipsky's view, David Foster Wallace was the best young writer in America. Wallace's pieces for Harper's magazine in the '90s were, according to Lipsky, like hearing for the first time the brain voice of everybody I knew: Here was how we all talked, experienced, thought. It was like smelling the damp in the air, seeing the first flash from a storm a mile away. You knew something gigantic was coming.

Amid these everyday events, Wallace tells Lipsky remarkable things: everything he can about his life, how he feels, what he thinks, what terrifies and fascinates and confounds him, in the writing voice Lipsky had come to love. Lipsky took notes, stopped envying him, and came to feel about him that grateful, awake feeling the same way he felt about Infinite Jest. Then Lipsky heads to the airport, and Wallace goes to a dance at a Baptist church.

A biography in five days, Although of Course You End Up Becoming Yourself is David Foster Wallace as few experienced this great American writer.

"Lipsky vividly and incisively sets the before-and-after scenes for this revelatory oral history....Wallace is radiantly present in this intimate portrait, a generous and refined work that will sustain Wallace's masterful and innovative books long into the future." ( Booklist)