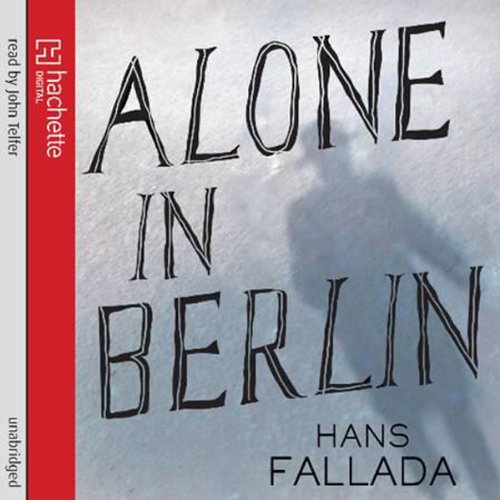 Berlin, 1940. The city is paralysed by fear. But one man refuses to be scared. Otto, an ordinary German living in a shabby apartment block, tries to stay out of trouble under Nazi rule. But when he discovers his only son has been killed fighting at the front he's shocked into an extraordinary act of resistance and starts to drop anonymous postcards attacking Hitler across the city. If caught, he will be executed.

Soon this silent campaign comes to the attention of ambitious Gestapo inspector Escherich, and a murderous game of cat-and-mouse begins. Whoever loses, pays with their life.

Every Man Dies Alone was published in the UK as Alone in Berlin.

Great book and astonishing how soon after the war it was written. The story is unsurprisingly brutal in places, but captures the dilemmas of the central characters, so that the reader is forced to imagine the difficulties of living in the period. The translation is very modern and the reader breathes life into the story.

Well written, but too long.

Well written but too long. Gives you a real sense of what it must have been to live in Berlin during those times. The final 5 hours are a bit of a waste of time