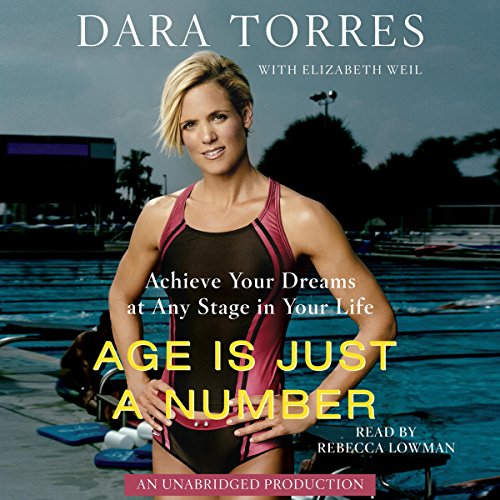 Age is Just a Number

Dara Torres captured the hearts and minds of Americans of all ages when she launched her Olympic comeback as a new mother at the age of 41, 12 years after she had retired from competitive swimming and eight years since her last Olympics. When she took three silver medals in Beijing, including a heartbreaking .01-second finish behind the gold medalist in the women's 50-meter freestyle, America loved her all the more for her astonishing achievement and her good-natured acceptance of the results.

Now, in Age Is Just a Number, Dara reveals how the dream of an Olympic comeback first came to her when she was months into her first, hard-won pregnancy. With humor and candor, Dara recounts how she returned to serious training while nursing her infant daughter and contending with her beloved father's long battle with cancer.

Dara talks frankly about diving back in for this comeback; about being an older athlete in a younger athlete's game; about competition, doubt, and belief; about working through pain and uncertainty; and finally about seizing the moment and, most important, never giving up. A truly self-made legend, her story will resonate with women of all ages and with anyone daring to entertain a seemingly impossible dream.