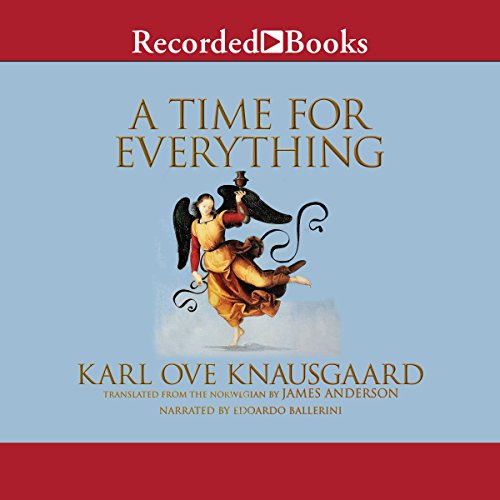 A Time for Everything

A Time for Everything

In the 16th century, Antinous Bellori, a boy of 11, is lost in a dark forest and stumbles upon two glowing beings, one carrying a spear, the other a flaming torch. This event is decisive in Bellori's life, and he thereafter devotes himself to the pursuit and study of angels, the intermediaries of the divine.

Beginning in the Garden of Eden and soaring through to the present, A Time for Everything reimagines pivotal encounters between humans and angels: the glow of the cherubim watching over Eden; the profound love between Cain and Abel despite their differences; Lot's shame in Sodom; Noah's isolation before the flood; Ezekiel tied to his bed, prophesying ferociously; the death of Christ; and the emergence of sensual, mischievous cherubs in the 17th century. Alighting upon these dramatic scenes - from the Bible and beyond - Knausgaard's imagination takes flight: the result is a dazzling display of storytelling at its majestic, spellbinding best. Incorporating and challenging tradition, legend, and the Apocrypha, these penetrating glimpses hazard chilling questions: Can the nature of the divine undergo change, and can the immortal perish?