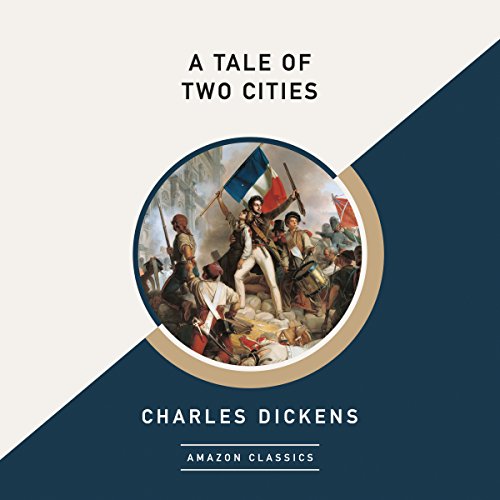 Charles Darnay is a French noble falsely accused of treason. Sydney Carton is a self-loathing junior barrister enlisted to defend him. Between them is a shared love for the daughter of a former Bastille prisoner. Soon, their interlocking fates will be decided, as the French Revolution is ignited and the Reign of Terror begins.

Charles Dickens's belief in renaissance is borne out in this epic novel - as cities are overthrown and transformed, as cynics become selfless heroes, and as a "recall to life" becomes not only possible but necessary, for the individual and for society.

AmazonClassics brings you timeless works from the masters of storytelling. Ideal for anyone who wants to listen to a great work for the first time or rediscover an old favorite, these new editions open the door to literature's most unforgettable characters and beloved worlds.