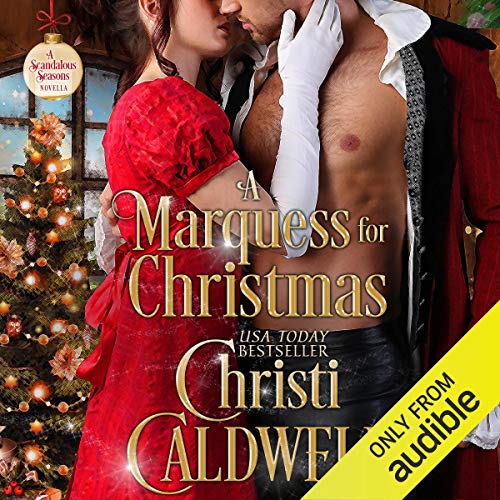 A Marquess for Christmas

Lady Patrina Tidemore gave up on the ridiculous notion of true love after having her heart shattered and her trust destroyed by a black-hearted cad. Used as a pawn in a game of revenge against her brother, Patrina returns to London from a failed elopement with a tattered reputation and little hope for a respectable match. The only peace she finds is in her solitude on the cold winter days at Hyde Park. And even that is yanked from her by two little hellions who just happen to have a devastatingly handsome, but coldly aloof father, the Marquess of Beaufort. Something about the lord stirs the dreams she'd once carried for an honorable gentleman's love.

Weston Aldridge, the Fourth Marquess of Beaufort was deceived and betrayed by his late wife. In her faithlessness, he's come to view women as self-serving, indulgent creatures. Except, after a series of chance encounters with Patrina, he comes to appreciate how uniquely different she is than all women he's ever known.

At the Christmastide season, a time of hope and new beginnings, Patrina and Weston, unexpectedly learn true love in one another. However, as Patrina's scandalous past threatens their future and the happiness of his children, they are both left to determine if love is enough.