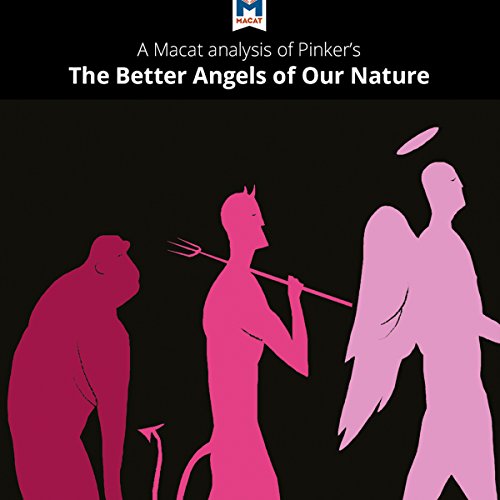 A Macat Analysis of Steven Pinker's The Better Angels of Our Nature: Why Violence Has Declined

A Macat Analysis of Steven Pinker's The Better Angels of Our Nature: Why Violence Has Declined

Published in 2011, The Better Angels of Our Nature is a gloriously optimistic book. In it, well-known cognitive psychologist Steven Pinker put forward an argument that contradicted what most people believed at the time. Pinker said that despite humanity's biological tendency toward violence, we are, in fact, less violent today than ever before. To prove it, he laid out pages of detailed statistical evidence. For him, much of the credit for the decline goes to the Enlightenment, the important intellectual movement of 18th-century Europe. Enlightenment thinkers argued for ideas of liberty, tolerance, and respect for the value of human life. As those ideas filtered down through society, they affected the way people thought. That psychological change led to behavioral change - and overall we became more peaceful. But the book sparked a blazing debate. Some critics passionately disagreed that humanity could overcome the biological urge toward violence. Others argued that Pinker's statistics were too focused on the West, too limited, and even simply flawed. The debate still rages on.