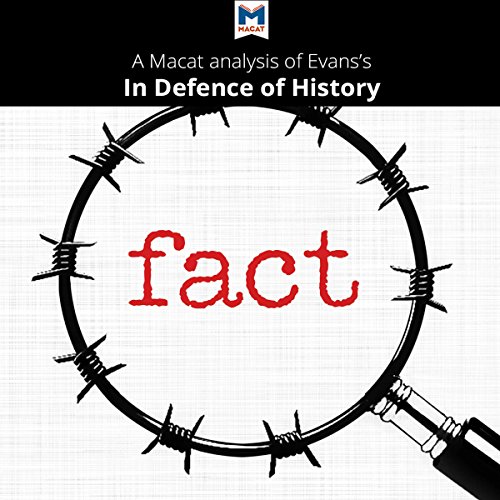 A Macat Analysis of Richard J. Evans's In Defence of History

A Macat Analysis of Richard J. Evans's In Defence of History

What is history? In his 2001 book In Defence of History, British historian Richard J. Evans debates the very nature of the subject.

Certain thinkers known as postmodernists consider history to be not very far removed from a work of fiction, something based on a scholar's own interpretation of the past. Evans, however, argues that historians do not have free reign. Rather, they are constrained and enabled by the nature of the surviving evidence.

Evans shows how an understanding of social issues and rigorous scientific research give history shape, and why it is not just about a historian's own opinions and interpretations. He is wary of the postmodernist view that history is simply what we make of it. Evans says this is contradictory and can potentially lead to dangerous political ideologies if we accept all historical interpretations as equally valid.

Evans defends a mainstream position, but this provocative and engaging work has become a key part of the general debate about what history is. Twelve editions of In Defence of History have been published to date, proving that Evans's heartfelt championing of the discipline has clearly struck a chord.