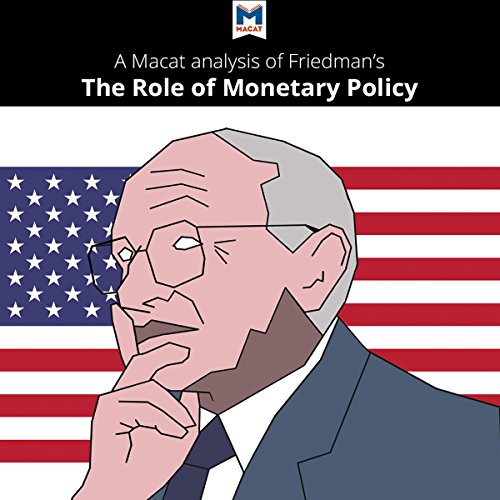 A Macat Analysis of Milton Friedman's The Role of Monetary Policy

A Macat Analysis of Milton Friedman's The Role of Monetary Policy

Friedman did not just demonstrate that monetary policy plays a vital role in broader economic stability. He also argued that economists got their monetary policy wrong in the 1950s and 1960s by misunderstanding the relationship between inflation and unemployment. In Friedman's view, previous generations of economists had no justification for believing that governments could permanently decrease unemployment by allowing inflation - and vice versa. Friedman's most original contribution was to propose that this relationship between unemployment and inflation only worked in the short term.

The Economist magazine described Milton Friedman as "the most influential economist of the second half of the 20th century ... possibly of all of it." And "The Role of Monetary Policy" remains highly influential.