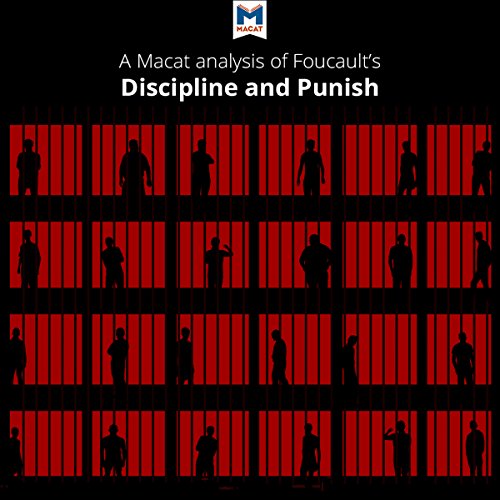 A Macat Analysis of Michel Foucault's Discipline and Punish: The Birth of the Prison

How do those in power exercise that power over a state's citizens? French thinker Michel Foucault's 1975 work Discipline and Punish looks to answer this question by investigating the prison system. Foucault does not believe that the modern-day system developed out of reformers' humanitarian concerns. He argues that prison both created and then became part of a bigger system of surveillance that extends throughout society.

Power is no longer exerted directly through violence. Prisoners who were once executed are now far more likely to be monitored and controlled. And the fear of being constantly watched leads prisoners to self-regulate; to behave in ways those in power approve of. This insidious method has moved way beyond the bounds of the prison walls. It is now a part of many aspects of our lives, inflicted on us in many places. Surveillance - or systematic monitoring - by government institutions produces "docile bodies," which Foucault defines as bodies that can be monitored and psychologically controlled, and that are then trained to self-govern. We have become the sum of what we abstain from doing for fear of being seen, judged, or punished.

Das sagen andere Hörer zu A Macat Analysis of Michel Foucault's Discipline and Punish: The Birth of the Prison