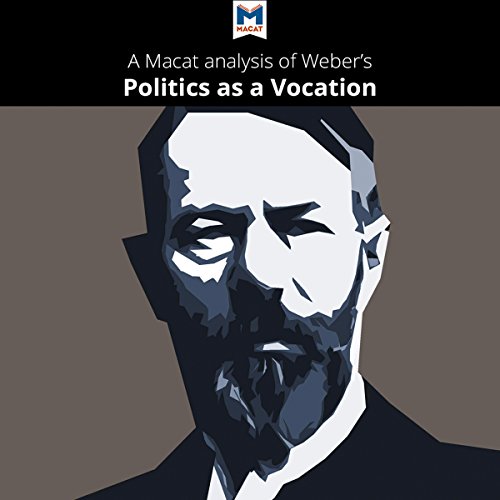 A Macat Analysis of Max Weber's Politics as a Vocation

Politics as a Vocation examines what makes good political leaders and explores the effects of political action on modern societies. On one level it summarizes the political scholarship of one of the founding fathers of social science. On another it reflects a leading German academic and political activist's practical concerns about the future at a time of great volatility following defeat in World War I.

Weber investigates the bases of modern politics, touching on the role of bureaucracy in government and the rise of organized political parties. He advocates strong, ethical leadership, although some have claimed this inadvertently laid the intellectual groundwork for the rise of Nazi leader Adolf Hitler.

Originally delivered as a lecture before being published as an essay, Politics as a Vocation is still an important work for understanding political processes. And over a century after its publication, Max Weber remains a seminal figure in the social sciences.