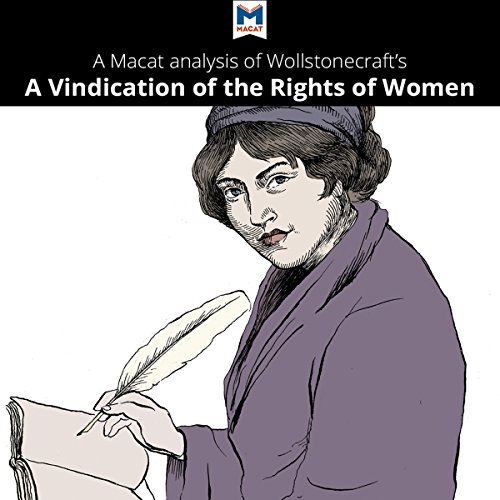 Philosopher Mary Wollstonecraft's 1792 work A Vindication of the Rights of Woman is a key text in the development of what we now know as feminism.

Written in the atmosphere created by the French Revolution, which made radical change seem possible, Wollstonecraft's work challenges the idea that society's oppression of women is entirely natural. While her male contemporaries happily argued for the fundamental freedoms of all men, few were interested in extending these revolutionary rights to women. Infuriated that women should be educated only to serve men, Wollstonecraft asserted that the differences between male and female behavior are the result of nurture, not nature. She outlines a theory for the equal education of girls and boys and argues that women should no longer be taught only the "feminine" things that men believe make them better wives and mothers.

Written more than 200 years ago, A Vindication of the Rights of Woman sets out all the basic principles of feminist thought that would be developed by later feminist writers and activists.