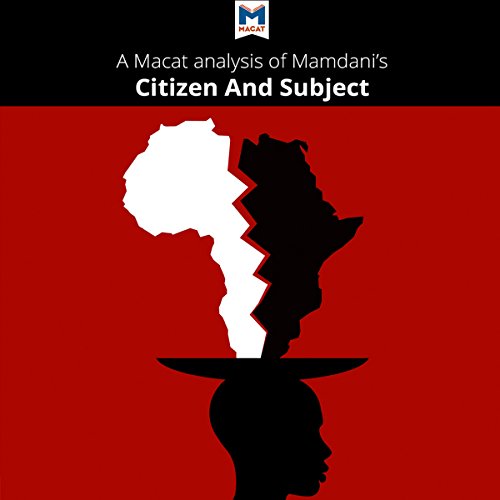 A Macat Analysis of Mahmood Mamdani's Citizen and Subject

A Macat Analysis of Mahmood Mamdani's Citizen and Subject

In Citizen and Subject, Ugandan academic and author Mahmood Mamdani challenges dominant views about the crisis of postcolonial Africa. Many studies emphasize that the problems the continent faces are homegrown - the consequence of poor government, widespread corruption, and other local factors. Citizen and Subject challenged these ideas. It argues that the current crisis has come about because of the institutional legacy of colonialism.

According to Mamdani, reforms after independence have deracialized but not democratized the African state. They have not abolished the two-pronged structure of the colonial era, characterized by different systems of administration - one traditional and rural, the other urban and modern. Instead they have simply reproduced them, tainting these institutions with the colonial legacy and making them unfit for purpose.

Winner of the prestigious African Studies Association Herskovits Prize for the best book published on Africa, Citizen and Subject has also been voted one of the 20th century's 100 greatest books about Africa.