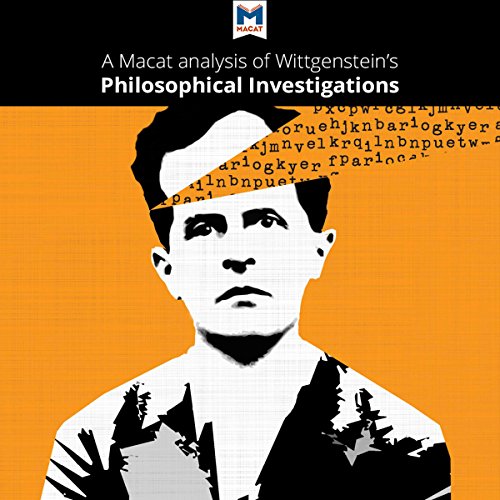 In Philosophical Investigations, the Austrian philosopher Ludwig Wittgenstein presents a radical approach to problems in the philosophy of language and the philosophy of mind. In fact, he sets out a radically new conception of philosophy itself. Published in 1953, two years after Wittgenstein's death, many still consider it one of the finest works of 20th century philosophy.

Wittgenstein begins from the insight that most philosophical problems trace back to incorrect assumptions about the nature of language. So meaning, he claims, can be extracted by investigating how people truly use language and how those uses differ between communities and cultures.

While previous works in the field typically described a philosophical problem, addressed various approaches, and debated solutions, Wittgenstein takes the unique approach of treating philosophy not as a theory, but as an activity. Rather than debate abstract problems, Wittgenstein urges philosophers to concern themselves with ordinary life and the concrete situations in which humans find themselves.

You can find out more about how Ludwig Wittgenstein's ideas have been challenged and applied - and how his work has impacted on thinkers in other academic disciplines - by exploring further in the Macat Library.

Macat's analyses cover 14 different subjects in the humanities and social sciences. To browse our whole multimedia library and get a lot more, visit macat.com today.

The audiobook is nothing for people who actually know Wittgenstein. celebration instead of analysis - disapointing