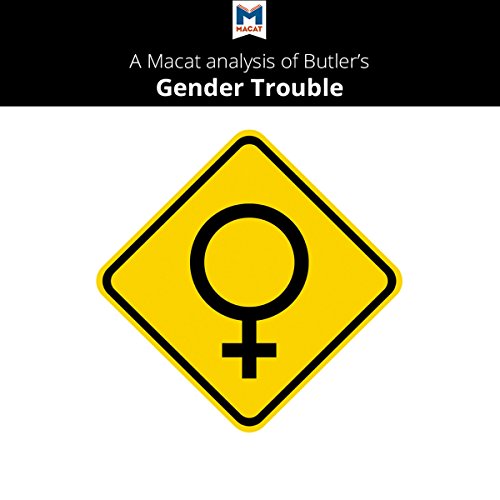 While many thinkers already accepted that "gender" was a category constructed by society rather than defined by one's genitalia, Butler went further and argued that gender is performative - it exists only in the acts that express it. Society determines that wearing makeup is "feminine" - but some men wear makeup. Are they "women"? Following Butler's argument, they are if they say they are. Butler frees gender from the age-old binary construct and demonstrates that it is indefinable, at least by society. Butler's approach gives each of us the power to define our gender.

A quarter century after its publication, Gender Trouble continues to be hugely influential in the field of feminism. Crucially important to the postmodern and poststructuralist strands of the field, it is also credited as being a foundational text in queer theory.