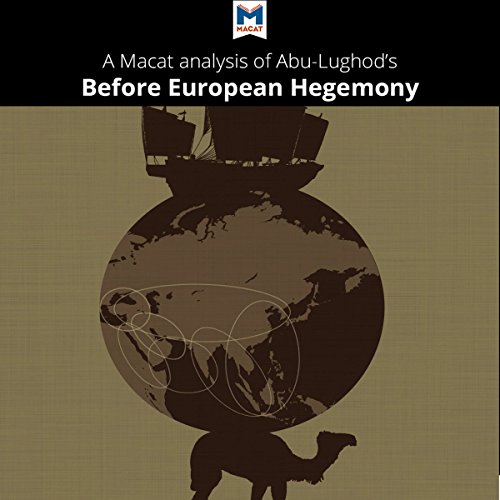 A Macat Analysis of Janet L. Abu-Lughod's Before European Hegemony: The World-System A.D. 1250-1350

A Macat Analysis of Janet L. Abu-Lughod's Before European Hegemony: The World-System A.D. 1250-1350

In the century before the Black Death swept across the developed world, economic relations flourished between Europe, the Middle East, and Asia. Before European Hegemony looks at this period. Without any dominant power, the world's economy revolved around eight interlocking sub-systems, with the major world cities and towns playing a crucial role in the system as a whole. But as economic activity spread across borders, so did the Black Death. In the East, its effects were exacerbated by the disintegration of the Mongol Empire and the collapse of the Mongol Peace, which enabled the West to rise from the ruins of the medieval world-system to dominate the modern capitalist world-system.

One of the most important texts available on what is known as world-systems analysis, Before European Hegemony offers a window into global economics as far back as the mid-13th century. Abu-Lughod's balanced approach and wide-ranging geographical analysis describes a thriving, multi-centered system brought down by unexpected forces.