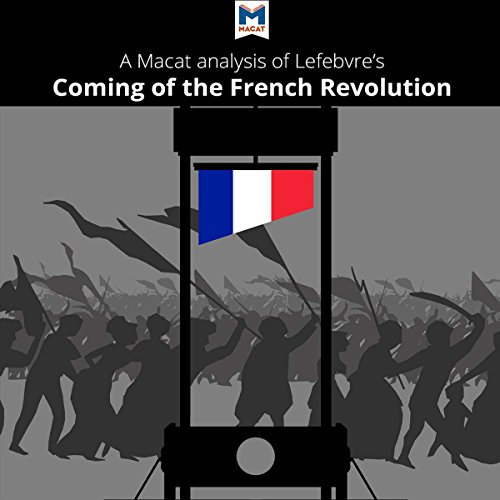 Georges Lefebvre's 1939 work The Coming of the French Revolution documents the collapse of the social order - and the monarchy - in France during the fateful year of 1789.

Based around a Marxist understanding of class struggle, Lefebvre sees the revolution not just as a political crisis, but also as an assault on inherited privilege and the social hierarchy. Ultimately, it succeeded because people at every level of society - from nobles and the elite bourgeois to peasants and the urban masses - found the will to defy the crown.

Lefebvre's book was later interpreted by some as simplistic and overly partisan, designed as a rallying call to his fellow countrymen to defend France's republican political system just as World War II was breaking out. Yet The Coming of The French Revolution is still important for anyone who wants to understand how historical analysis of the French Revolution evolved in the second half of the 20th century.