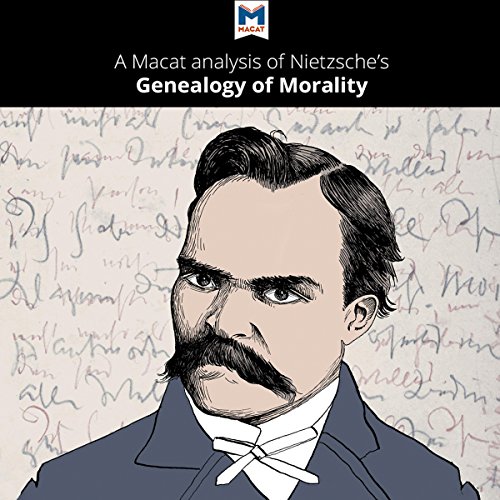 A Macat Analysis of Friedrich Nietzsche's On the Genealogy of Morality

On the Genealogy of Morality was written in 1887 when Friedrich Nietzsche was at the height of his powers as a philosopher and master of German prose writing. Here, he criticizes the idea that there is just one conception of moral goodness, dissecting the contemporary practice of morality and looking at it from a historical viewpoint. Rather than following a metaphysical or religious approach, Nietzsche adopts a naturalistic framework, which is grounded in history and natural science, to understand our concepts of good and evil in the Christianized Western world. He charts the origins of how we punish back to more primitive human relationships. Nietzsche then puts forward alternative ways in which we can shape "morality" to allow future human beings to flourish.

Nietzsche shows the creative, artistic spirit he hoped his "philosophers of the future" would adopt. Sartre's existentialism, Freud's psychoanalysis, and Foucault's postmodernism were all built on the philosophical and methodological ground laid by Nietzsche's work in general, and On the Genealogy of Morality in particular.