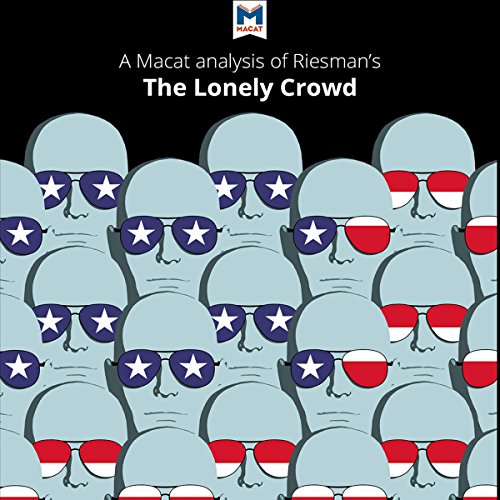 A Macat Analysis of David Riesman's The Lonely Crowd

American lawyer-turned-sociologist David Riesman published his first book, The Lonely Crowd, in 1950. Aimed at academics, it nonetheless gained a large popular audience. In it, Riesman explores the links between social character - the ways in which members of a society are similar to one another - and social structures. He argues that as the United States became predominantly consumer-driven, rather than production-driven - particularly after World War II - American social character changed. Riesman said that prewar Americans had been largely inner-directed: they based their behavior on their own internal values and beliefs. Postwar Americans were becoming other-directed, with external groups, including peers and the media, now a key influence on the way they behaved. Riesman was observing, rather than judging, this change. The public, however, read his book as a criticism of the United States' newly developing social character. Riesman's work popularized sociology, helping to establish it as an academic discipline, and today it provides a fascinating window into the 1950s American psyche.