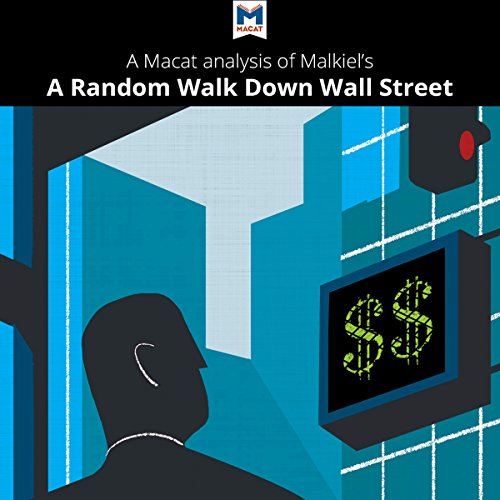 A Macat Analysis of Burton G. Malkiel's A Random Walk Down Wall Street: The Time-Tested Strategy for Successful Investing

Since it was first published in 1973, A Random Walk Down Wall Street has been a highly influential best seller. Burton G. Malkiel demolishes the idea that investment "experts" can predict stock price changes and thereby "beat the market." With all available information that could affect the value of a company's shares known almost instantly to all investors, Malkiel says, shares quickly find the price that reflects that information. This is known as the efficient market hypothesis.

So what should investors do? Because on average, stock market prices have always risen in the long term, Malkiel recommends buying a broad range of stocks to reflect the market price level as a whole - investing in an index fund, which does just that - and holding on to them. Two main challenges have been leveled against Malkiel's ideas. First, a few famous investors (like Warren Buffet) seem to do better than the market over the long term, against Malkiel's predictions. Second, the 2007-9 financial crisis was caused by securities based on the subprime housing market that were wildly overpriced - which again seems to contradict Malkiel's theory. His answer? The theory was still right in the long term. Prices of those securities did collapse. It just took a few years.